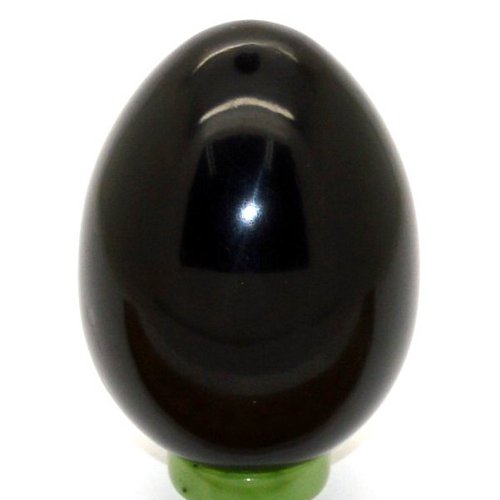 Some information about jet:

Jet, known also as “gagate”, is a carbon fossil, compact and very light. It is a lustrous black stone which has a hardness of 2.5-4 (quite soft) and a specific gravity of 1.30-1.35. This stone was named after the city of Gages in ancient Lykia. Another name of jet is “black amber”. Jet was known in ancient Egypt, where it was used for making mirrors, in Greece and Rome they used it for cutting amulets, bracelets and rings. In Medieval times jet was popular as a talisman and a medicine for migraines, toothache, stomach pains and epilepsy, and it reached the height of its popularity during the Victorian period.

The history of jet in Russia began in the second part of the 19th century, when the big deposit was discovered in Siberia, near the city of Irkutsk. Since that time jet was widely used for carving, making all sorts of souvenirs. The main cathedral in Irkutsk was decorated with jet.

Jet has historically been used as a protection stone and is said to have very powerful protection energies to ward off evil, negativity, as well as psychic attacks.