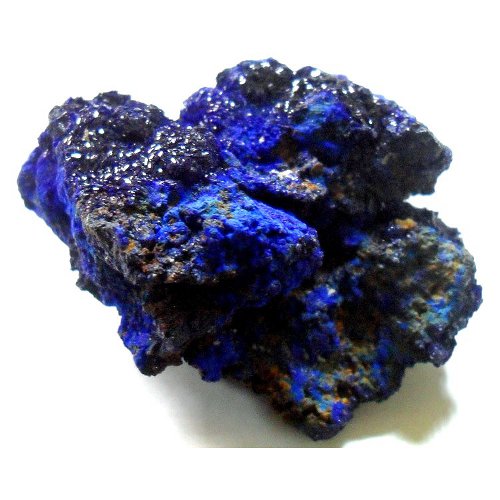 Azurite is a soft, deep blue copper mineral produced by weathering of copper ore deposits. It is also known as Chessylite after the type locality at Chessy-les-Mines near Lyon, France. The mineral, a carbonate, has been known since ancient times, and was mentioned in Pliny the Elder’s Natural History under the Greek name kuanos («deep blue,» root of English cyan) and the Latin name caeruleum.