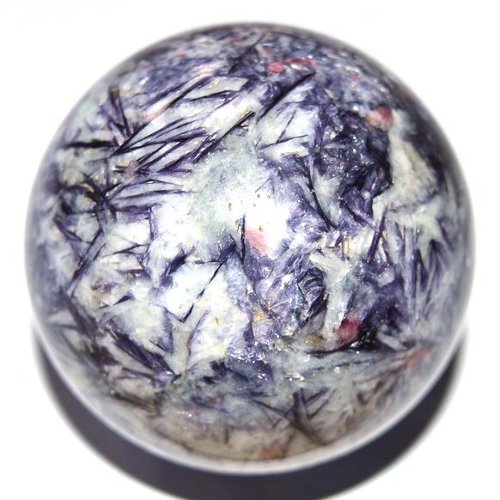 Some information about lepidolite:

Lepidolite is a lilac-gray or rose-colored member of the mica group with formula K(Li,Al,Rb)3(Al,Si)4O10(F,OH)2. It is a secondary source of lithium. It is a phyllosilicate mineral and a member of the polylithionite-trilithionite series.

It is associated with other lithium-bearing minerals like spodumene in pegmatite bodies. It is one of the major sources of the rare alkali metals rubidium and caesium. In 1861 Robert Bunsen and Gustav Kirchhoff extracted 150 kg of lepidolite and yielded a few grams of rubidium salts for analysis, and therefore discovered the new element rubidium.

Lepidolite is a stone of calm, trust and acceptance. It is extremely useful in the reduction of depression as well as stress. It is used to halt obsessive thoughts, and relieves despondency, as well as overcomes insomnia.