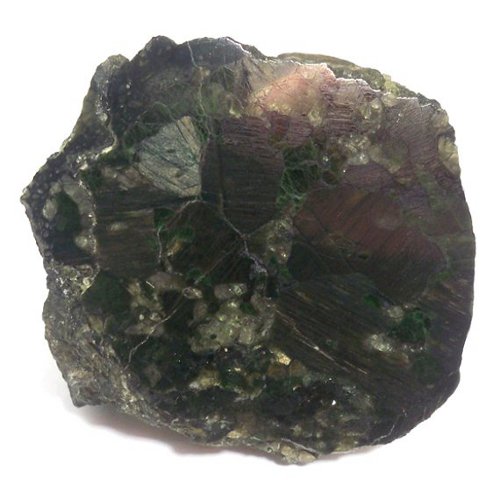 Some information about kimberlite:

Kimberlite is an igneous rock best known for sometimes containing diamonds. It is named after the town of Kimberley in South Africa, where the discovery of an 83.5-carat diamond in 1871 spawned a diamond rush, eventually creating the Big Hole. About 6,400 kimberlite pipes have been discovered in the world, of those about 900 have been classified as diamondiferous, and of those just over 30 have been economic enough to diamond mine.

Kimberlite occurs in the Earth’s crust in vertical structures known as kimberlite pipes as well as igneous dykes and sills. Kimberlite pipes are the most important source of mined diamonds today. The consensus on kimberlites is that they are formed deep within the mantle. Formation occurs at depths between 150 and 450 kilometres (93 and 280 mi), potentially from anomalously enriched exotic mantle compositions, and are erupted rapidly and violently, often with considerable carbon dioxide and other volatile components. It is this depth of melting and generation which makes kimberlites prone to hosting diamond xenocrysts.

The most common kimberlites in Yakutia, Southern and Central Africa.