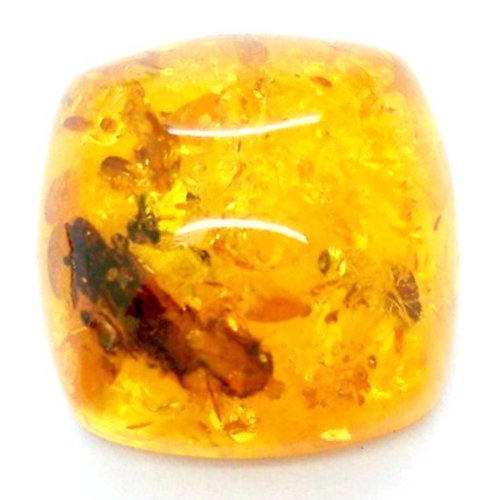 Some information about amber:

Amber is fossilized tree resin (not sap), which has been appreciated for its color and natural beauty since Neolithic times. Much valued from antiquity to the present as a gemstone, amber is made into a variety of decorative objects. Amber is used as an ingredient in perfumes, as a healing agent in folk medicine, and as jewelry. The English word amber derives from Arabic anbar, Middle Latin ambar and Middle French ambre.

There are five classes of amber, defined on the basis of their chemical constituents. Because it originates as a soft, sticky tree resin, amber sometimes contains animal and plant material as inclusions. Amber occurring in coal seams is also called resinite, and the term ambrite is applied to that found specifically within New Zealand coal seams.

Amber is globally distributed, mainly in rocks of Cretaceous age or younger. Historically, the Samland coast west of Königsberg in Prussia was the world’s leading source of amber. About 90% of the world’s extractable amber is still located in that area, which became the Kaliningrad Oblast of Russia in 1946.